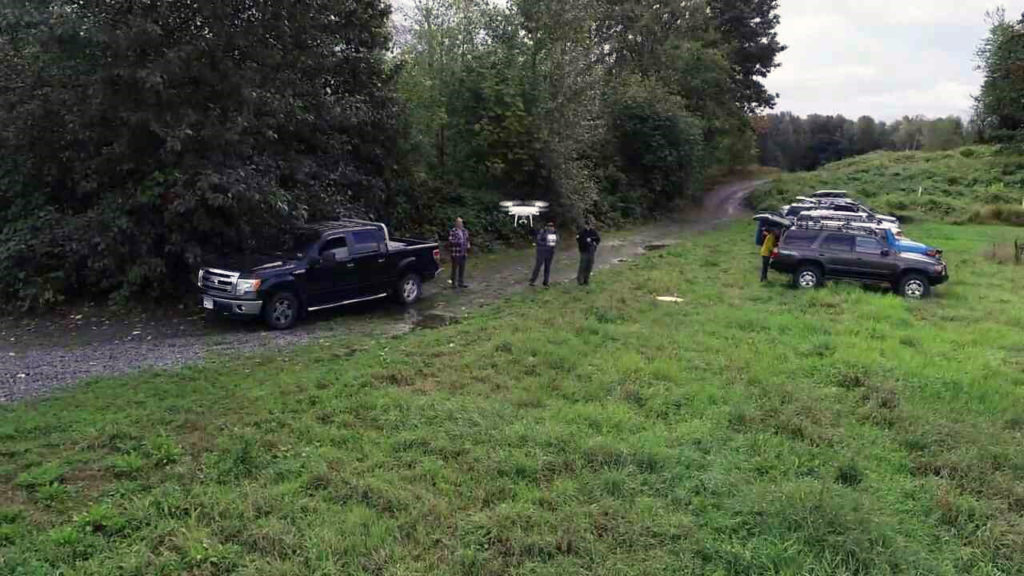 Beginning in late 2017, SCVSAR started to assemble a new team to enable the use of drones, which are more formally known as Unmanned Aerial Vehicles (UAV’s), as a new tool to help with searches and other missions supported by SCVSAR. The new team has been structured to follow policies that have been put in place by the Snohomish County Sheriff’s Office on the use of UAV’s, and SCVSAR received an official go ahead to begin utilizing UAV’s on missions in March of this year. Part of the policy that was put in place requires that the individuals who will be piloting the UAV’s be compliant with FAA regulations, which require that they pass an FAA-mandated test in addition to passing both a written and a flight test within SCVSAR. To date, SCVSAR has approved seven individuals through the pilot approval process and these are known as Remote Pilots in Command or RPIC’s.

SCVSAR has deployed UAV’s on over nine missions so far this year, and on each of these missions the UAV’s are showing significant value by enabling the search of areas too difficult or too hazardous for members of our ground teams to search. In addition, we are finding that UAV’s are an excellent tool to gather information that is then utilized by other teams within SCVSAR to develop plans to search difficult or hazardous terrain before those teams enter that terrain. SCVSAR has also been working closely with other agencies in the area, like Getchell Fire and Seattle Mountain Rescue, to learn from their implementation of UAV’s. SCVSAR has also utilized these agencies’ UAV capabilities on SCVSAR missions.

SCVSAR is in the early stages of implementing UAV’s and still have much to learn to help increase our capability and effectiveness with the use of this new tool. The UAV’s currently being used within SCVSAR are high-end consumer UAV’s owned by the individual RPIC’s. Our future plans are to purchase one or two commercial quality UAV’s with higher capability zoom and FLIR cameras. In addition to the commercial UAV’s, we are also developing plans to obtain the PC’s and other supporting hardware needed to take and process the photos and videos gathered during a mission, so that the media can be effectively utilized in real time at remote locations during a search. The cost of developing this next level of capability is significant, and we will be reaching out into the greater community through grants to help with this new financial challenge.